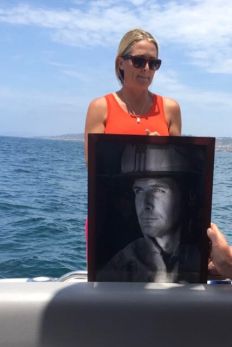 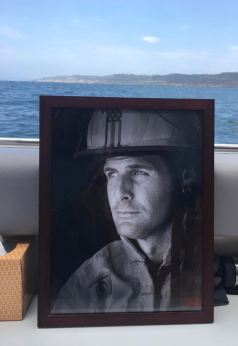 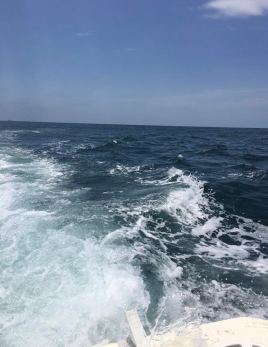 A year ago today we officially said goodbye to Duane. We took him out on his yacht and, as HE wanted, I “dumped in the ocean”. In that moment, I never would have imagined I would be where I am now.

A year in and I am happy, I am making it work. Next week I am moving – again. I started school to become a CNA, and am thinking about getting Buddy a friend. I know I need to live my life, the way I want to, prepare for my future and be happy. “Live for today, but prepare for tomorrow … just in case” – Duane.

We had our differences. I was very aware that there were things he thought I was not capable of, he told me. He told me what I wouldn’t be good at and what I wasn’t good at, he didn’t mince words – but that’s why we loved him, right? He taught me so much but he also made it very clear that I could never do what he could. I could never maintain boats, a house and run a buiness. I could never do it without him. But guess what, I am.

A few years ago I was having a rough day, I had been in the engine room all day, being told I couldn’t do something, feeling defeated. I had spent hours replacing a pump, cleaning up a diesel spill, putting an engine back together and it wasn’t good enough or fast enough. I wrote about it… A very wise man, I’ll him Greg C. called me and told me that the week before he had been working on the same project and that Duane had been teasing him, telling him that I had taken it apart and that he should be able to put put it back together. Apparently when other people were working on things Duane’s go to was “Vic can do it”. I wish he would have said those things to me. He was very, very hard on me. Always expecting more and better. I would be beat down and crying. BUT it made me who I am. I am self sufficient. I can talk care of myself. (I can even help you if you need me to! hahahahaha).

At this point I like to think that maybe he was so hard on me because he wanted me to succeed. Maybe he knew I needed the doubt of someone to force me do it. Maybe he was hard on me because he knew I would be alone and would need to be able to take care of myself. Who knows. You can no longer tell me I cant do something, you can no longer doubt me. I will prove you wrong.

One thought on ““You always had to be right … when the only voice she hears is telling her she can’t”, – David Allen Berg / Sarah Buxton / Nancy Bryant”

Leave a Reply to B. Hamasaki Cancel reply