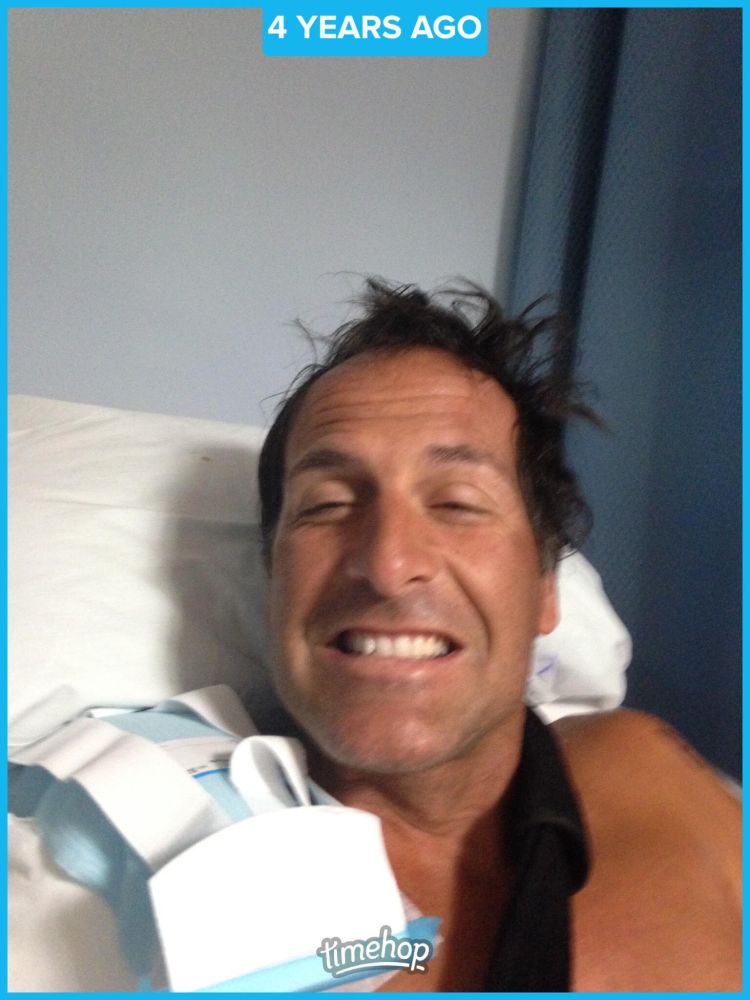 Four years ago we woke up and knew it was starting….

On June 23, 2014 Duane had shoulder surgery. He had torn his labrum, bicep tendon and rotor cuff on a fire. He was diagnosed with ALS a year before. Due to “politics” he was forced to go back to work… he tore up his shoulder. The exact same doctor who originally told him “you have ALS” told him to have shoulder surgery. WHAT???? Everything about ALS, anesthesia and surgery said this was a bad idea… but we listened to the “expert”.

He never really used his right arm again. He started losing his balance within weeks and never spoke clearly again.

We always wondered about it. If he didn’t have the surgery would he have processed so fast? We thought not.

I took this picture when he woke up from surgery. He posed for it. We were joking with the nurses and making them laugh with our jokes and banter. Little did we know that we may have just made the worst decision possible.

Please do your own research. Don’t take a doctors word for it. You have to be your own advocate. Even Duane said he shouldn’t have had the surgery. He still had ALS, he still had a death sentence, BUT would he have progressed slower without this trauma? Would we have had a longer life together? Would we have laughed longer? Loved longer? We  think so.

4 thoughts on ““They say ignorance is bliss because once you know about the tumor or the prognosis, you can’t go back. Will you be strong or will you fall apart? It’s hard to predict so don’t worry about it. Enjoy the time you have before the news comes. Yep, ignorance is bliss.” – Grey’s Anatomy”